But Mary treasured all these words and pondered them in her heart. (Lk. 2.19 ) 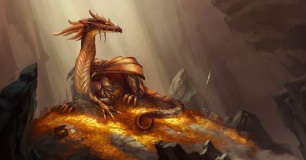 For where your treasure is, there your heart will be also. (Mt 6.21)

What words?
The words of the shepherds: and all who heard it were amazed at what the shepherds told them.(Lk. 2.18 )

And this is what they heard, in the first place (Lk. 2.10-14)
‘Do not be afraid; for see—I am bringing you good news of great joy for all the people: to you is born this day in the city of David a Saviour, who is the Messiah, the Lord. This will be a sign for you: you will find a child wrapped in bands of cloth and lying in a manger.’ And suddenly there was with the angel a multitude of the heavenly host, praising God and saying,
‘Glory to God in the highest heaven,
and on earth peace among those whom he favours!’

Our entrance hymn says – come, all ye faithful, joyful and triumphant, come to Bethlehem.
Our second hymn was about hearing the angels and singing glory to him in the highest.

The glory of the Lord shone upon them, as it shines today if only we dare to see it.

What do we treasure in our hearts, what do we ponder? If we were dragons, what would our hoard be?
How would we protect it, and against whom?

(Och, would not it be great, if dragons hoarded, say, butterflies?
A well-known dragon named Puff treasured friendship. There is a song about it.)

There are treasures material and immaterial.
There are national treasures, and personal.
There are family heirlooms. Then there are heirloom seeds for carrots, tomatoes or flowers.
There are hidden treasures and those displayed, and those given as gifts.
In the old Saxon tongue, there were two words for this: máðum, something of great value often given as a gift, and hord, which was meant to be hidden and often guarded.

So many questions, quests even. But let us look closer at the notion of treasure and consequences that proceed from it.

As I already mentioned, there are different kinds of treasures. I’ll start with the largest. National treasures.
Some treasures are ancient. Like old coins or rings, or burial grounds. They tell us of our past, of who ruled and passed into history. some of those are plain beautiful, and tell the story of love and imagination.

Some treasures are contemporary. Like Dame Judi Dench or Dame Maggie Smith. Or Sir Terry Pratchett. Those are people who have made a nation shine brighter, inspired thousands of people to hope and joy.

National treasures unite a nation. They must be seen, must be heard, or else their work is not done.

Then there are personal, private treasures. Of some of those, I will speak later. Private treasures are meant to be hidden and shown only to the select. Personal treasures are often heirlooms, precious (not always in the sense of many) objects passed on from generation to generation with a story that makes them sacred. One person’s treasure might mean nothing to another because we connect through stories.

And then there are the heirloom seeds. A genetic treasure that allows us to touch and feel what our ancestors have touched and felt. And not only to touch and to feel but to taste and smell as well. Heirloom seeds carry a very particular kind of memory and narrative.

Somewhere between national treasures and personal, we can place values, such as family, loyalty, friendship. Family is the bedrock of a nation. We treasure family as an institution because it is there that the image of God transpires: God who is a loving parent and loving child. Love is the hidden treasure made manifest in a functional family.

The family should be the place where one learns the first four words of the angel’s message: do not be afraid. You are alright. It is safe to be here. We’ll love you whatever.

If the family cannot do that, the church, the.congregation must be that place: where love is manifested unconditionally, help given if and when necessary, souls sustained and taught to treasure and ponder the words that proceed from the mouth of the Lord.

But all words are narratives, messages outlining and delivering an experience.
The angel spoke to the shepherds of a message. The shepherds experienced the glory of the Lord shining from the above, they experienced the singing of angels, the presence of the host of heaven. Was that experience something to treasure and ponder? Yes, it was. But there was more: their experience was such that they went to check it, and found the message to be true. They, too, became angels. And their words became a treasure for Mary, God’s mother.

So what can we as a community of the Way (Acts 9.2) learn from this?
First, to treasure the moment of truth. That moment when a friend’s heart opens in love. That moment when a child is born. The first taste of strawberries or chocolate. The smell of the first snow. How water sloshes in a brook. The song one’s parent sang in the evening.
Second, that all the above stand on one thing: faith.
Faith can appear in little things, such as reading a train schedule, and believing that a train will appear at a given time. Or faith can appear in inconceivably big things, such as the Eucharist, which becomes the Body and Blood of Christ himself through the faith, in faith.
Third, the source of that faith is God himself. God had faith in us, when he sent his Son into the world, as an infant, to save the world.

We are the national treasure of Christendom. Through the Holy Spirit, we inspire the world to hope and joy, and gladness. We have to be the heirloom seeds carrying the genetic memory of generations of believers and heroes of faith. We are the taste of heaven, sometimes, the only taste and touch and smell of god’s Kingdom that someone will ever have.
And to do that practically, we have both keep and display what we treasure:
Our first faith in Jesus, our lover and beloved.
Treasure that moment, that look of the bright blue eyes of the infant child, born more than two thousand years ago, and now, and ever. Born to tell us this:
Do not fear.